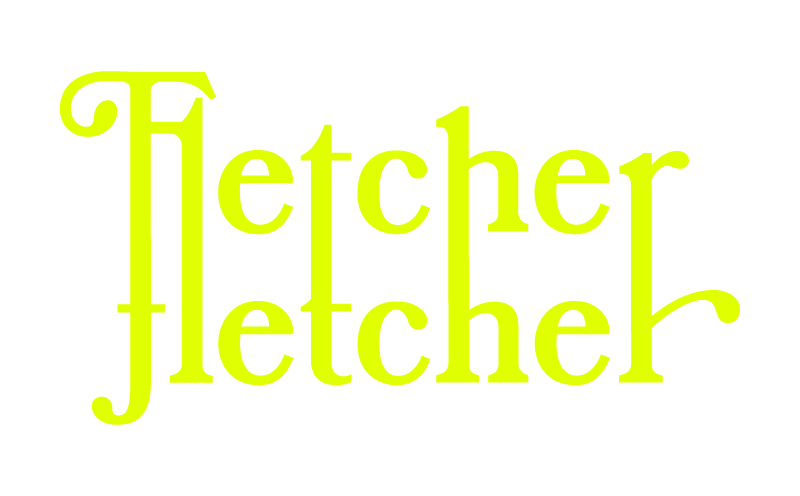 This is a follow on from my article on Happiness, which suggests that choosing to design for a positive emotional experience is an approach that will increase effectiveness and measurability, as well as creating a short-term positive impact to participants well-being. 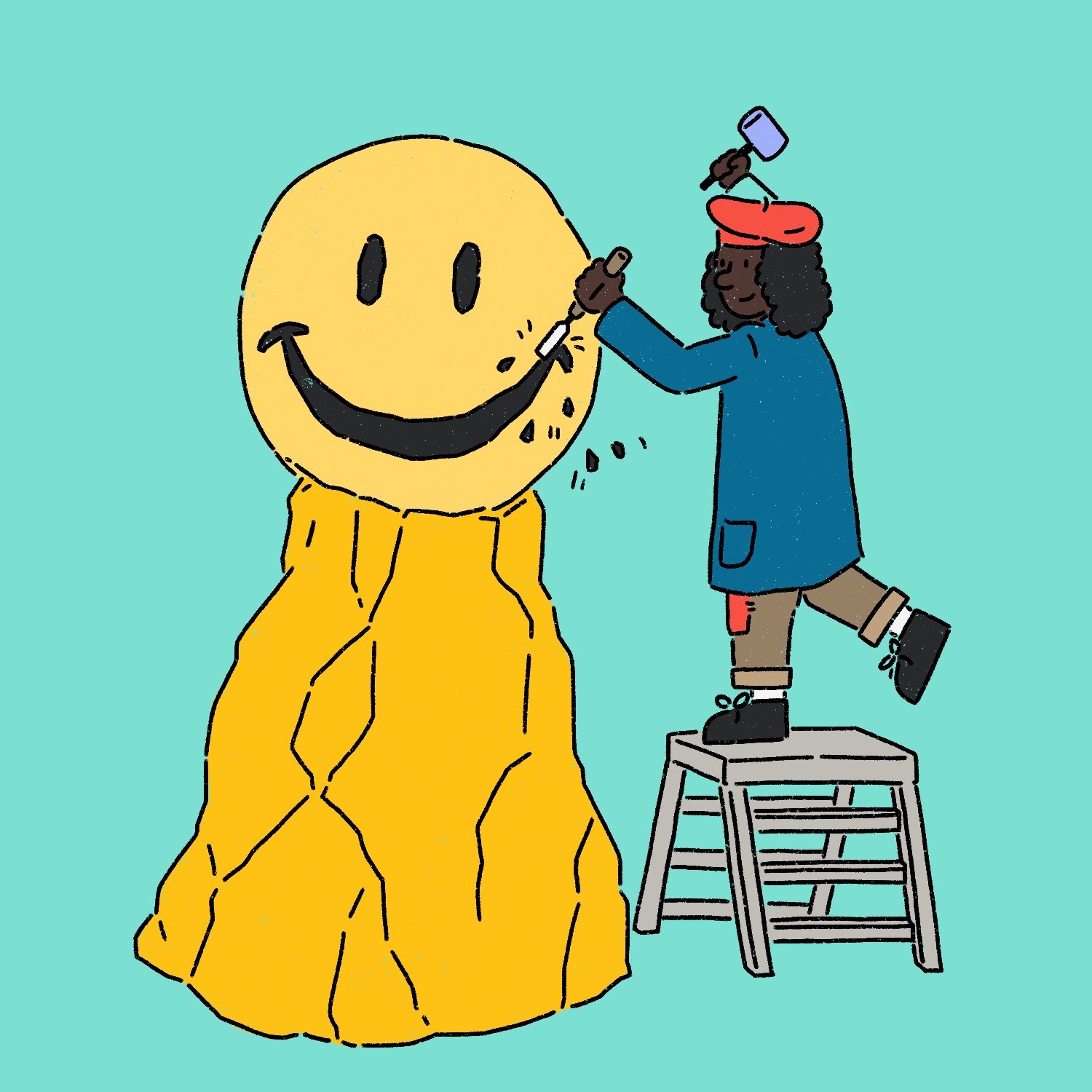 Designing for happiness is a broad proposal. It’s a book, not an article, so for the love of Reductionism, I’m just going to focus on broad strategies grounded in science applied to experiential. After all, this field is evolving so fast that nothing seems concrete but, in my research, I’ve come to realise we understand how to cause the desired state rather than agree on the actual chemical culprit for the response. It’s like exercise and mental health, the benefits are well known but a sound neural mechanism is not.

The main chemicals in play with our one true positive emotion: happiness, are:

The first 4 are chemicals that help us in our immediate, whereas dopamine is more to do with the future & motivations. All of these chemicals change the flow of the information in the brain which causes us to act. You will also notice we are not exploring anything specific to surprise, as that emotion can be negative as well as positive.

‍The part of the brain we are focused on is the limbic system, it’s the area of the brain that processes inputs into emotional outputs & memories. Each individual’s brains will process inputs differently based on their genetics, experiences and learnt behaviours.

‍The concept of individualism is very important here. We are rewarding individual brains on multiple levels, all of which are uniquely interpreting everything. Therefore, knowing your target audience and their nuances in detail will enable you to design an experience that gives them the most back.

The limbic system controls positive and negative responses, so throughout the design process, you must have the participants best interests in mind, if not you’re on the wrong side of ethics and the brain…. Once you activate the amygdala* the wrong way, you will likely trigger a chain reaction of mistrust and negative connotations to the brand you are trying to develop.

Our goal is to achieve a stimulated state, where we are more cognitively present, happier and engaged.

Starting with an obvious one, control any potential negatives in the journey. Stress, for example, is a potent oxytocin inhibitor, so remove any possible causes like bottlenecks. Stress also influences recall and receptivity, hence why we are trying to put people in a good mood. For example, in Shotton’s book ‘The Choice Factory’ they found a 62% uplift in people liking an advert when in a happy mood vs an unhappy mood.

Also, consider evolutionary hangovers like loss aversion. If they fear an aspect of your experience then you have your work cut-out to motivate someone to overcome their fears but even then, you can’t guarantee that the reward will out weigh the negatives in a recall. So, in general, you’re better off eliminating any reason for fear from the offset, except for thrill-seekers (more on these types further on).

Getting someone to act is often as simple as motivation vs ability; the harder the action the greater the motivation must be. So, consider your barriers, work to eliminate or embrace them. Make it as simple to both attend and navigate the experience, too many choices induce stress, this is known as the paradox of choice. Also remember to appeal to our evolutionary desire for efficiency, which is best said by Adam Ferrier, Consumer Psychologist at Nudgestock 2020: “What they really want is to get in-and-out experiences from the brands they like”

I think this is one of the main behavioural reasons why hybrid experiences have potential because the barriers are so much less.

For a longtime, dopamine has been labelled our reward chemical, it was thought that every time you do something right (in the context of survival) you get a hit. However, the latest theories suggest this is far too simplistic.  Now it’s seen more as the ‘desire chemical’, linking to motivation as much as reward, it is the chemical that keeps us wanting more and one of the biggest neural mechanisms of consumerism.

"The chemical of what you desire... as soon as what we hope for becomes what we have dopamine disappears."

In the context of reward, its best explained as a reaction to novelty, as the chemical rewards dissipate over time for the same activity. This makes sense when you consider adaptation or taking things for granted. So, a great example of a dopamine rush would be finding that £20 note in your pocket that you didn’t know you had. So be sure to integrate un excepted rewards and moments of added value and you will achieve a dopamine rush.

What is it about the brand or product that your audience love? Figure it out and use it.

Take Sonic Branding in gaming for example, whenever gamers hear “EA Sports… it’s in the game”, they get tingles because they know they’re about to play and their brain is flooded with a whole host of chemicals.

The amygdala learns to associate positive and negative scenarios based on sensory cues. A famous experiment with rats, cheese and red dots, the red dots always led to the varying locations of the cheese. The rats learnt this, and their reward system spiked every time they saw these red dots, so the red dots in themselves became a reward. Money works a lot like this.

There is also a theory known as the mere-effect or familiarity principle. It’s proven that the more we are exposed to the same input, it becomes known and over time we learn to like it, which is why we like familiar things, they bring us comfort. The brain likes shortcuts, so it prefers not to have to constantly determine if something is a threat.

This is why sensory re-enforcers like sonic branding are so successful, so use your existing triggers as re-enforcers and encourage those spikes in the reward system for added value.

We have evolved to be social creatures with survival at our core, we learn, follow rules and all have unconscious biases which influence our behaviours. We can use these to promote the preferred actions, this is a behavioural economics technique called nudging.

The message‘Good Job’ or ‘Joe Bloggs liked your post’ for example needs no explanation, we’ve already learnt how to respond to this input, it’s validating because it triggers oxytocin.

Another example would be to play on scarcity; if your experience is limited in capacity, play on this. The scarcity bias makes us rate things significantly more likeable and attractive, and we will pay more (Shotton, Choice Factory). There are around 30 biases that are relevant to our field and Shotton’s book ‘Choice Factory’ is a good start.

More specific cultural influences which are shared by your demographic will require some in-depth research exploring their learnt behaviours in common. For example, when people talk about colours inducing emotions, I would argue this is more down to learnt behaviours than us working like insects, hence why it’s so subjective.

First impressions count, so deliver sentiment through your transitional spaces; I’ve always believed in the power of a great entrance being able to set the tone for the whole space.

There are a few biases we know of that lead us here; the Primacy Effect, which shows you are more likely to recall the first things on a list or the implicit bias which is the social bias we unconsciously apply to strangers. Some of the theories behind this suggest that the brain quickly becomes saturated with information, but the jury is out on this. What we all know is that first impressions count and what comes first influences our opinion of everything else.

So, thrills really translate into fear. It sounds wrong suggesting fear in an article about happiness but triggering that ‘fight or flight’ mechanism releases all sorts of goodies like adrenaline, dopamine, testosterone, endocannabinoids and endorphins. During the ‘thrill’ you reach a heightened state for just under a minute then you are hit with all the mood-boosting chemicals.

The trick to delivering a thrill rather than scaring the sh*t out of someone is ensuring that the that they like thrills in the first place i.e. actively go out and look for them and secondly, that they are knowingly delivered in a controlled manner and a safe environment.

It’s the endocannabinoids and endorphins that we are often aiming for during the big crescendo moments, they get the people going, managing our anxieties by offering feelings of euphoria as well as relief, which is especially powerful as a shared emotion.

The power of social

Social connections are one of the biggest factors in achieving long term happiness. However, as we have just a short period to evoke moments of happiness in an experiential environment, it is important to understand a little about oxytocin and its role in social behaviour.

Creating an environment where you feel accepted and immersed amongst your peers, will feel like a safe place making you open to interact & engage. Your staff will be a big influence on this environment. Having happy engaged staff who truly value the participants will go a long way to removing any cautionary emotions allowing you to focus on more complex social behaviours.

For example, Lippincott refers to superiority being a key factor in achieving happiness inexperience design. They suggest that whilst it’s great to feel safe in a group it’s ‘even better to be king of that pride”, suggesting that elevating the individual customer to feel superior even over other customers a strategy for happiness.

Last but certainly not least

The value of an experience isn’t just during the event. There is just as much measured happiness in the combined anticipation & recall of an event vs the experience itself.

Advertise to increase exposure, look to tease and tempt. Create desire and then remind us of why we are planning to attend.

Likewise, our memories have a huge impact on the emotional and recalling positive experiences can bring back waves of positive emotions. Kahneman, the godfather of decision making suggests our ‘remembering self’ is a storyteller where “the ending is very, very important”.  So, finish well by delivering a superb crescendo, pay close attention to the following touchpoints and then post-event re-enforce those positive associations to make the experience live on.